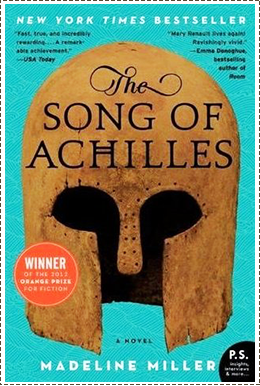 Going into The Song of Achilles I knew one thing: Achilles would probably die. Is that a spoiler? I'm not too sure, but I'm blocking that out anyway. For me, the biggest mystery was Patroclus. Who is this dude and what part does he play in Achilles' story? Little did I know that I'd feel so much for him. He truly was the greatest character in the novel for me. Patroclus' narrative was honest and captivating, as if I were reading his own personal journals rather than a 'novel'. Since the beginning, he didn't think much of himself and seemed to not really know who he was. It wasn't until he befriends Achilles that his character started changing, and it was the early moments when the two are together that were my favorite.

I really enjoyed Patroclus' and Achilles' dynamic. They almost balanced each other out and kept the other grounded up until a certain point. Their relationship developed very naturally. And despite Achilles treating Patroclus as his equal, it was obvious that Patroclus continually placed Achilles on an extremely high pedestal. There's a pivotal scene where Patroclus plays a large role in scaring off the Trojans, and it was written so. freaking. well! In my opinion, the feeling that his narrative gave during this scene was a complete 180 from his usual character. All because of a name, a title, a suit of armor... It could just be me but W-H-O-A. I was completely hooked (not that I wasn't throughout the novel, but THAT scene). Everything that followed was full speed ahead. I almost got dizzy. I won't say much more for fear of spoiling the goods, but I HIGHLY recommend this book. There's a reason for The Song of Achilles winning an Orange Prize for Fiction, people! I can't wait to see what Madeline Miller has up her sleeve for her next book, Circe.
Posted by Jae at 10:51 PM 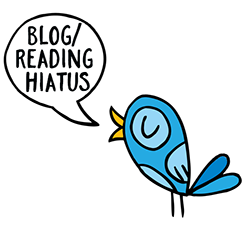