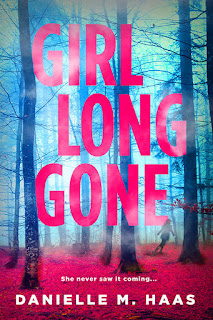 NYPD Computer-crimes detective Connor Mitchel's sister is missing. As he combs through his sister's life, he realizes Monica might not have been this killer's first target—or his last. In a twisted game of cat and mouse, Connor thinks he's finally found the man responsible for his sister's disappearance. Unfortunately, he'll first need to convince the shy, distrustful Evelyn Price she could be the next victim tangled in the murderer's web if she doesn't agree to help him catch the killer. But just as Connor and Evelyn close in on their quarry, the killer has one last trick up his sleeve that could trap them all...
Read more »
Posted by Jae at 8:00 AM No comments: 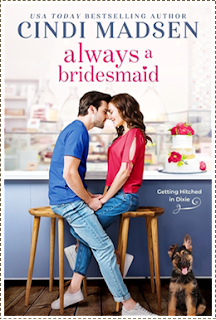 Violet Abrams may have have been a bridesmaid no less than seven times, but her wedding day was near—she could feel it. Until her longtime boyfriend left her for someone else. That's just fine—she has her photography and a new project redesigning her sister's bakery to keep her happy and fulfilled. Fast-forward to the day of his wedding, though, when Violet might have accidentally, totally not on purpose, started a fire. Worst day ever.

Firefighter Ford Maguire thought he'd seen it all. Until he's called out because someone tried to set the local bakery on fire... with a wedding magazine? The little arsonist might be the cutest woman he's ever seen, but he's too career-focused to consider something serious. Still, Violet seems like a great person to help him navigate his upcoming "man of honor" duties in his best friend's wedding.

Pretty soon, not only is Violet giving him lessons on all things weddings, she's helping him train his latest rescue-dog recruit puppies and weaving her way seamlessly into his lone-wold lifestyle. But forever is the last thin on Ford's mind, and if there's one thing a perpetual bridesmaid knows, it's the importance of a happily ever after.

"Life's too short. The longer you take to start living it,
the more regrets you'll end up with."

Always a Bridesmaid was my first Cindi Madsen book and I am now a BIG fan! This novel brought on all the feels and reignited my love for small town romances. In short, I absolutely loved this fun and heart-warming read. This book skyrocketed up to the top of my favorite reads of 2020. I have the paperback on order and there is a reread in the very near future for me. I need to sticky note all my favorite scenes after all, and there were many. Always a Bridesmaid was sweet. It was adorable, and it was sexy. My heart fluttered and ached as Violet and Ford's relationship grew.
Read more »
Posted by Jae at 10:00 AM No comments: