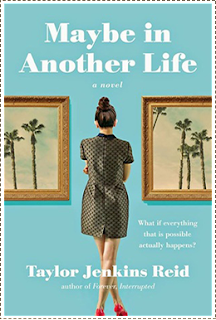 This is the second novel by author Taylor Jenkins Reid that I have read and enjoyed! If it wasn't official before, I am big, BIG fan of her writing style and narrative. Maybe in Another Life was very thought-provoking. I was unsure how I would feel about concurrent storylines but it played out wonderfully. You don't stay in one parallel universe for too long that you begin to forget the details of the other. The novel is not divided into "chapters", and it does not specify which universe you're in. Personally, I felt that this little formatting element added to my reading experience. The story played out like a continuous flow of scenes. I had to read more to figure out more. I had to pay attention to details. I found myself immersed in Hannah's story—both of them.
Read more »
Posted by Jae at 8:00 AM No comments: