Confession: it took me a while to figure out what to call this post. I didn't think I should call it a series review since there are other books/novellas in the series (like Made—Corrado's story [which I la-la-la-loved dearly]). Most of my reviews are quite short too, so calling these 'mini reviews' didn't seem right either hah. So, I'm taking a page out of Siiri's genius book and doing a dual review! Warning: Be prepared for a lot of nonsensical flailing and gushing because I love these books so much. They were truly my perfect blend of drama and romance, with a hint of action and suspense! 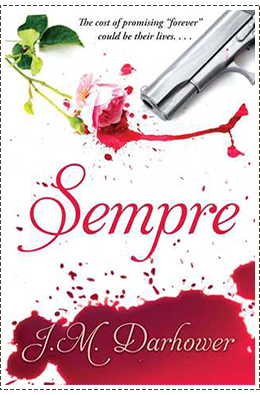 Haven Antonelli and Carmine DeMarco grew up under vastly different circumstances. Haven, a second-generation slave, was isolated in the middle of the desert, her days full of hard work and terrifying abuse. Carmine, born into a wealthy Mafia family, lived a life of privilege and excess. Now, a twist of fate causes their worlds to collide. Entangled in a web of secrets and lies, they learn that while different on the surface, they have more in common than anyone would think. In a world full of chaos, where money and power rule, Haven and Carmine yearn to break free, but a string of events that began before either of them were born threatens to destroy them instead.

Murder and betrayal are a way of life, and nothing comes without a price—especially not freedom. But how much will they have to sacrifice? Can they escape their pasts? And, most of all. what does it mean to be free?


Where do I even start? I actually read this book back in 2014. Two years later and it still has my heart racing. Sempre was filled with sooooo many great and memorable characters. I am fighting the urge to write my very own SparkNote analysis of this novel hah. No worries, I'll spare you that pain, but I will tell you a bit about Sempre's fantastic four: Haven, Carmine, Vincent and Corrado. These four will burrow their way into your heart whether you'd like them to or not. Especially, Vincent and Corrado (my absolute fave in this series).

Although this series is mafia-themed, Sempre focused more on Haven and Carmine—their innocence and their budding romance. You should see the number of tabs I used for all the cute shippy scenes (I almost used up an entire sheet of pink ones!). Haven and Carmine are opposites that attract. She's soft-spoken. He's short-tempered. Their relationship growth was a glorious slow burn. It started as curious interest to an unlikely friendship to more. My cheeks hurt because of how much I smiled or grinned from their interactions.

Freedom is continually brought up in both Sempre and Sempre: Redemption. Despite the fact that she was bought by Vincent (Carmine's father), she's freer than she was before entering the DeMarco household. You can imagine how incredibly complicated Haven and Vincent's relationship was throughout the novel. There were times I wanted to punch Vincent while screaming 'HOW COULD YOU DO THAT?'. Is he a good guy? A bad guy? He's always kind of walking the line and blurring it. It's evident how loyal he is to his true family though. He's stuck in the life but he'll do everything it takes to keep his two sons from going down the same path he did. It's this characteristic that made me sympathize and come to love him. What can I say, I always fall for the bad guy hah. I found myself comparing Vincent to Corrado (brothers-in-law) countless times too. To me, they seemed like two sides of the same coin. They're so similar and yet so different. Corrado prides himself in being a respectable made man whereas Vincent almost seems reluctant to follow orders. It's a strange dynamic, but one that works incredibly well.

To summarize, the characters of Sempre, both the main and secondary characters, were phenomenal. And story-wise. I was hooked from start to finish. Yes, Sempre is a beast of a book [a little over 500 pages with the paperback] but every moment is worth it! READ THIS BOOK, YOU ARE MISSING OUT. 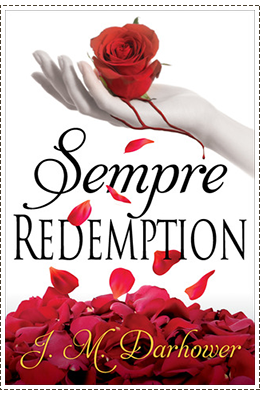 
In this thrilling and sexy follow-up of Sempre, two young lovers struggle to keep their relationship intact after they become deeply enmeshed in the dangerous mafia-run crime ring they once tried to overthrow.

Haven Antonelli and Carmine DeMarco have been through a lot. Haven was taken in by Carmine's father, and with his family's help, she escaped a gruesome fate. However, saving Haven from the dark intentions of a mafia family cost Carmine a steep price: he was forced to swear loyalty to them.

Now, still passionately in love, Carmine and Haven must face the fall-out of Carmine's forced service, as Haven discovers terrifying secrets about the family that enslaved both her and her mother—and why she matters so much in this intricate web of lies.

"None of us really know what we're doing.
We just go out there and do it and have faith it'll turn out okay."
I'm going to start off with why I've deducted half a star before going into my review so SPOILER ALERT (this happens quite early on in the book but still...). Although I really enjoyed the character development of both Haven and Carmine in Sempre: Redemption, my heart hurt over mainly one fact: [highlight to view spoiler] my ship was apart for a good 60/70% of the novel. Besides that, wow was this book all kinds of amazing! Where book one focused on the two darlings and romance, the sequel was a complete 180. Sure, there are still really emotional scenes and cuteness but after the events in Sempre, we fall deeper into the dark, mafia lifestyle. Many questions from the first book are answered and I loved that the plot came full circle.

A character I came to love dearly in Sempre was Dominic, Carmine's brother. I had my fingers crossed for some more bromance in this book but nada. Well, at least not as much as I had hoped! Aside from the fantastic four, there were very few secondary characters that really stuck and left a mark with me. In Haven's case, she couldn't be completely honest with them and that stopped her (and me) from getting attached. In Carmine's case, the people he met were of the not-so-good-for-him variety so no way was I liking them (and I didn't)! I loved seeing Haven embrace her talent in art and becoming more of her own person. I hated seeing Carmine spiral and turn to bad things, trying to numb his pain. My emotions were all over the place regarding these two.
Vincent and Corrado played larger roles in this book and we even get their povs every now and then. I loved that we got to be inside their heads for a change. Corrado is like a silent puppeteer. Although he's not the boss, he still held a lot of power and respect within the organization. Him and his wife, Celia, are such a power couple. #Marriagegoals! Then there's Vincent, the arrow embedded in my heart. I felt like there was a lot of reading inbetween the lines with this book. And I had a feeling he was up to something 'behind the scenes'. AHHHH just thinking about his decisions make me hurt all over ;_________; *clutches heart* I'm still not over it, thanks.

Extras: Sempre picspam + Character Casting
Posted by Jae at 8:00 AM