Dual Review: THE WORD IS MURDER + THE WHISPER MAN

I keep telling myself I want to read more Mystery/Thriller books that don't include the In Death series. I've read three last year, and that's including these two up for review. 2021 will be the year I try to incorporate more into my reading! I have quite the little to-be-read collection piling up. Both Anthony Horowitz and Alex North were new authors to me. One blew my socks off and the other left me conflicted. It goes to show how much my mood and impressions of a character can greatly affect my enjoyment of a story. Both books have this minimalist cover-look though that I absolutely am a fan of. 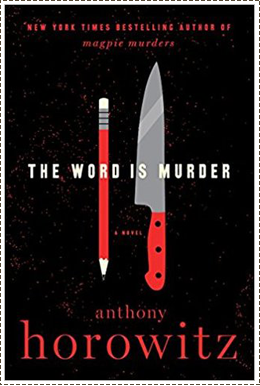 Title: The Word is Murder

Author: Anthony Horowitz
Hawthorne #1
Publication Date: August 24, 2017
| +Goodreads | Amazon | Barnes&Noble | Kobo | BookDepository | iBooks |
She planned her own funeral. But did she arrange her own murder?
A woman is strangled six hours after organizing her own funeral.
Did she know she was going to die? Did she recognize her killer?
Daniel Hawthorne, a recalcitrant detective with secrets of his own, is on the case, together with his reluctant side-kick—a man completely unaccustomed to the world of crime.
But even Hawthorne isn't prepared for the twists and turns in store—as unexpected as they are bloody...

"You never realize how fragile everything is until it breaks."


If you're looking for a unique premise, turn your attention to The Word is Murder! Horowitz has written himself into the book as one of the main characters. It was trippy thinking that he was writing this novel and seeing the crime unravel in both the real and fictional worlds. You get a feel for the workings of a writer which I found only partially interesting. In the book, Anthony Horowitz is approached by Detective Hawthorne in the hopes that the novelist would agree to write a true crime book revolving his solving the Cowper case. Hawthorne has lost his credibility and the respect of others in his field. He's brash and aggressive at times. Right from the start, I disliked him. That feeling never changed, even as he continued to impress me with his deductions.
I felt that this puzzle was made up of only two parts despite Horowitz being a key player: the crime itself and Hawthorne. I really liked the unravelling of the crime. Then on the complete flip, I really didn't like the detective. My final star rating was a happy medium. The kicker lies in the fact that the character of Hawthorne isn't meant to be "likeable". I have to give props to the author for writing a type of anti-hero that elicits such emotions from me. I would have stopped reading for his personality if it weren't for his incredible mind. As the story progresses, Horowitz tries to learn more about the enigma that is Hawthorne and I felt that any information he discovered really just brought up more questions. Especially since the entire novel is in Horowitz's perspective. There were plenty of times I wanted to get even a small glimpse into Hawthorne's head.
Let's move on to what I enjoyed most about the book—the Cowper case. It pulled me in from the very beginning. I mean, did you read the synopsis? A woman strangled shortly after planning her own funeral... was is purposeful? Did she know something was going to happen to her? And if so, what were the circumstances that brought on the crime? Lots of questions to be answered! My wanna-be detective brain was on hyperalert. I'm the type of reader that flags every character that is introduced. I didn't guess the killer correctly (in typical me fashion hah). The pacing of the investigation started slow in my opinion but picks up shortly after a certain moment. I had chills during the funeral scene. There was a blimp that I noticed in the timeline but aside from that, great execution. 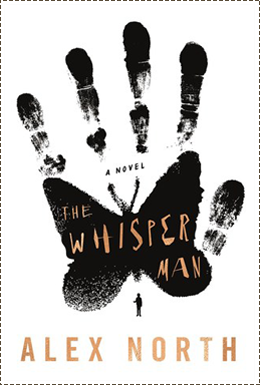 After the sudden death of his wife, Tom Kennedy believes a fresh start will help him and his young son Jake heal. A new beginning, a new house, a new town: Featherbank.
But Featherbank has a dark past. Twenty years ago, a serial killer abducted and murdered five residents. Until Frank Carter was finally caught, he was nicknamed "The Whisper Man", for he would lure his victims out by whispering at their windows at night.

Just as Tom and Jake settle into their new home, a young boy vanishes. His disappearance bears an unnerving resemblance to Frank Carter's crimes, reigniting old rumors that he preyed with an accomplice. Now, detectives Amanda Beck and Pete Willis must find the boy before it is too late, even if that means Pete has to revisit his great foe in prison: The Whisper Man. And then Jake begins acting strangely. He hears a whispering at his window.


I would hike up a mountain just to shout to the world about this book. I absolutely loved The Whisper Man which is Alex North's debut crime novel. Talk about hitting a homerun at first bat! WOW. North beautifully builds an eerie atmosphere with detailed imagery. Starting off the book, I got a sense of supernatural elements which were later explained. I got goosebumps multiple times. I had to read with the lights on or during the day most often. I'm a sensitive reader, what can I say. The spooky vibes were strong with this one. I was hooked on the narrative from page one.
The Whisper Man revolves around Tom and his son Jake. The father-son dynamic was wonderful. I had all the feels and couldn't help but root for these two trying to start a new life. I really enjoyed how the dynamic was multilayered in the story. There wasn't only one father and son combo, and each was very well defined. I found that there was an underlying theme of protection and redemption with each relationship. Other characters are introduced in series and they all leave a lasting, if not creepy, impressions. Jake's friend telling him about the protection song was probably one of the most creepiest moments. What kid thinks up these things?? The reveal about the friend was such a "woahhh" moment too. Honestly, there were plenty of amazing "omg, what?" moments in this book.
I binged through this novel like it was noone's business! It helped that the chapters weren't overly long. I felt like each chapter revealed only one key element and you had to keep going to collect all the parts to see the full picture. The pacing was so smooth even with multiple narratives. There were times where Jake was found in certain situations and I couldn't help but think this was going down the horror/possessed by the supernatural route. Do not worry. Everything is explained and I appreciated the depth of the storytelling. The attention to detail was evident. I'm going to push this book on to all my reader friends. I need people to discuss with!
Posted by Jae at 8:00 AM