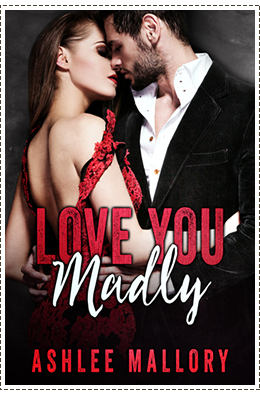 Meredith Sanders was the golden girl in high school—a homecoming queen with a trail of worshipping minions. Now she's all grown up with a trail of failed marriages. The only good thing she has in her life is her brilliant and beautiful teenaged step-daughter...who's missing. But the best man for the job has a serious hate-on for her.

Back in high school, queen bee Meredith made Travis Brennan's life miserable. Since then, he's gone from class geek to a hardened, former SEAL, specializing in private security. As much as he wants to help Meredith's step-daughter, he can't help but clash with the gorgeous woman who once made his life hell.

But as they investigate the increasingly mysterious disappearance, their conflicted past threatens to turn into a very provocative present...

"If someone didn't want you, then to hell with them. Lesson learned.
Because loving someone was a risk—it left you vulnerable."

Based on the cover (I'm all heart eyes over here!), I thought this would be a sexy kind of romantic suspense. Turns out there was very little [read: hardly any] sexy times/romance and a heck of a lot of heart-racing suspense. I didn't really mind the lack thereof but I felt kind of misled by the cover and title. The suspense aspect of the novel was great though! Love You Madly reminded me of a certain Liam Neeson movie, so I had no problem visualizing the setting and many important scenes. Doing so actually made the book more enjoyable for me.


Meredith Sanders was the 'Queen Bee' and mean girl back in high school. Now, she has two-failed marriages in her pocket, one deceased husband and a stepdaughter whom she loves dearly. When said stepdaughter disappears, Meredith hires a PI after being turned away by the police. Enter Travis Brennan. He was the high school computer geek and one of Meredith's bullying victims. He disliked her immensely but she also peaked his interest. Not one for PDA, Meredith was viewed as indifferent when it came to Darcy. Many people in town just though Darcy ran away from her stepmother. That Meredith was glad to have Darcy out of her hair. It was certainly Travis' first thought as well. But as the story progressed, he started seeing Meredith for who she was now than who she was then. Though their relationship growth was slow yet sweet, I would have liked to see more depth. I felt like her feelings for him came about because he took on a protector-like role.

Meredith was my kind of heroine. Fierce, determined and independent, with the capability to love greatly. It goes to show how you shouldn't judge someone based on their past. Time changes people, be it their looks or their attitude towards life. I loved how Meredith would stop at nothing to find her stepdaughter. She injected herself in the investigation at every turn and I really enjoyed the pretty kickass dynamic she had with Travis on the field. I found some parts of the novel to be predictable but not enough so that I could guess the culprit. Overall, Love You Madly was a quick and enjoyable read!

"People didn't change overnight, but little by little, they could change habits."